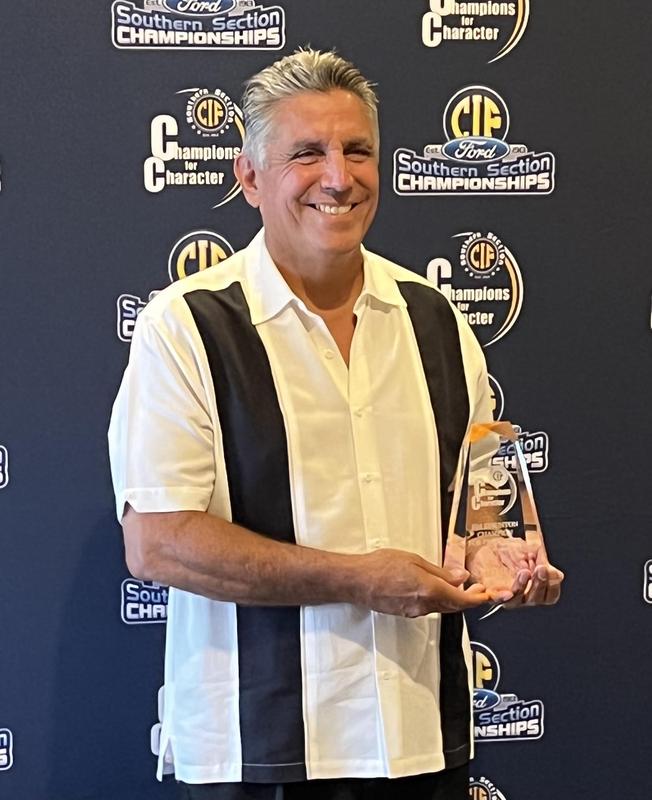 The Champion for Character is awarded to coaches that exemplify the very finest in sportsmanship, character, integrity, and athletics.

In 20 seasons as Coach Peralta has led our Tigers through the following accomplishments:

Character counts and Coach Peralta has received numerous awards that exemplify his impact:

Thank you to Coach Peralta for setting the example for our student-athletes and inspiring positive self-esteem, confidence, grit, and determination on and off the field.
Published October 10, 2022